I started CoffeeConnect at the end of March 2012 with the stated purpose of getting to know Chattanooga, our new home, and passing that knowledge on to the public at large.  Well that has proved to be a success and you, the public, have taken notice.  You’ve accepted my invitations, spent a lot of time with me, contacted me out of the blue, interviewed me for print and video release, and generally turned me into a viral force.  For that I say thanks.

It was also the intention that I would sunset CoffeeConnect after two or three months and move on to something else.  The trouble is that it’s been so well received that I’m not strictly going to shut it down, just throttle it back a bit.  I’m not even posting all the meetings I’ve had as it is but I’ve enjoyed it too much to let it go.  Therefore I’m still open for coffee, I just may never get around to writing about it, unless you really want the exposure. 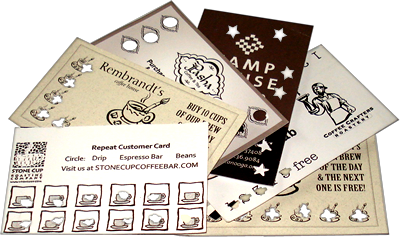 So after two months the question naturally must be asked, what have I learned?  After all, I’ve met with such a broad range of Chattanoogans who have really opened up with me, talking about themselves, their goals, their city.  And the fact is I have learned quite a bit.  I’ve written it down, worked and reworked it, and have sat with a few of you to discuss the implications, good and bad.  I informally call it my “rules of Chattanooga.”

Okay, let’s have it, you may salivatingly implore.  (Is “salivatingly” a word?  Sure, why not.  Shakespeare isn’t the only genius who can coin a word.)  My answer to that is, “Let’s talk.”  Besides my rules being an ongoing and rich work in progress, they also have merit and value.  If you are interested in learning what I’ve learned, let me know and we’ll meet.  How about over coffee?  Then I’ll spill the proverbial beans.  Why?  Simple.  If you really are interested enough to meet with me then you are exactly the type of person I’d like to talk with and I’m the one you want to meet.

Drop me an e-mail, you have much to learn and little to lose.  If nothing else, you’ll enjoy a good cup of coffee with a clever conversationalist.  Just ask any of these people, they’ll tell you.